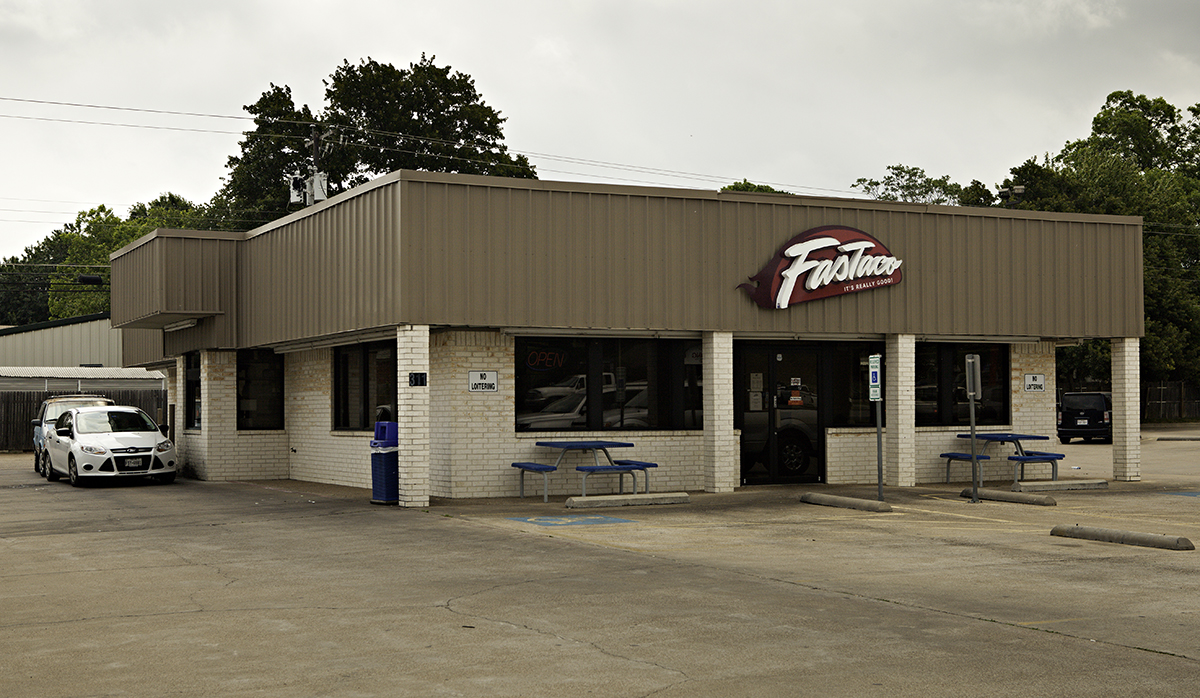 FasTaco was established in 1987 by Bob Aumuller, Steve Bockrath, and Albert Vasquez. These three partners were at one time working as supervisors for another company in Texas that sold Mexican fast food. One day they decided they could make a better, higher quality product than the company they were working for and FasTaco was born.

With their combined experience in the fast food industry, business management, and franchise operations, the three partners felt they were now ready to begin the planning and development of their new Mexican restaurant. They began meeting regularly at a favorite Mexican restaurant to discuss their business plans. The partners decided that they wanted their restaurant to offer their customers the same food standards and the same exceptional service they were enjoying. The owner of this particular restaurant was kind enough to offer the partners tips and advice on how to create their own hot sauce. Through much experimentation, they were able to develop a new hot sauce, which has been a huge factor in the success of FasTaco.

In 1988, the partners decided that Burleson, Texas would be the location of their first FasTaco restaurant. Over the next several years, the partners were constantly experimenting with the recipes and procedures. During these first critical years in the company, the lessons learned proved to be very valuable. It was in these initial years that the direction of FasTaco, including the flavors and the procedures, was formed.

Soon the Burleson location was enjoying a steady stream of loyal customers and business was exceeding their expectations. The partners decided it was the perfect time to open a second FasTaco restaurant and chose Crowley, Texas as their next location. By this time, the restaurant had been working on refining its techniques and creating a more extensive menu.

Just as with the first FasTaco, this second restaurant was also warmly embraced by a community that looked forward to the fresh, high-quality ingredients FasTaco offered in its menu items. These first two FasTaco restaurants had proven their strength and appeal by developing a loyal customer following that continues to grow every day. This led to the partners’ decision to open a third restaurant in 2005 in Joshua, Texas. Then in 2011 a fourth location opened in Cleburne, Texas.

In 2007, after building a strong reputation, FasTaco Franchising Inc. has turned to franchising as a means of expanding their business while maintaining the strong reputation for which FasTaco is known. Through franchising, they will be able to offer individuals the same opportunity they’ve enjoyed throughout the years – the ability to operate a fun, fulfilling and profitable business, while at the same time expanding the FasTaco family to locales throughout the state of Texas and beyond.